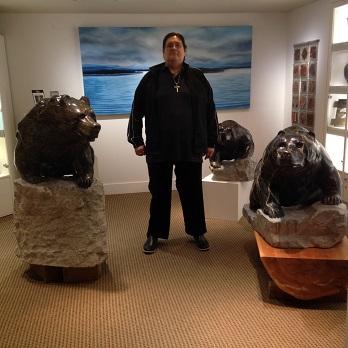 John has traveled the Red Road for over 30 years and during his journeys has met many fellow travelers who have shared their experiences which John has recorded in his book Along the Red Road.  John is also author of The Wisdomkeeper Collection, as well as Suicide, Saving the Sundancers (free PDF download from this site) his collection of traditional recipes and herbal remedies can be found in Native Recipes from the Grandmothers.  John is also co-author with his wife, Jude Pittman, of the novella Street Justice.  John is a Métis person of uncertain historical ancestry as he was taken from his mother at birth and placed with a white family in Northern British Columbia.  John has learned from his adoption records that his birth mother was Native and French (Métis) from the north country of British Columbia, descended from the Sekani Nation (which means 'mountain people'.) The Sekani are medicine healers and John has followed the Medicine Path throughout his lifetime.  John is co-author of Fly Away Snow Goose (Northwest Territories and Nunavut)

I had the honor of working with historical author and sister of my spirit Juliet Waldron on Fly Away  Snow Goose.  This story touches my heart to its very depth.  Sus' naqua ootsin'

Yaotl and Sascho are surprised to discover they care for each other as more than just childhood friends. They are part of the Thcho band of th 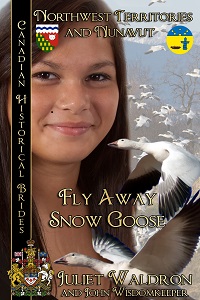 e Dene Nation who live in Northeast Canada; the reader is drawn into tribal stories; feasts; training to live in the wilderness; the natural beauty of land, sea and sky; and the necessity of evading the enemy, the white people, who are invading and destroying more and more of the land the Indian people love.
The beauty of this story is almost beyond words. One sees the wonder of the landscape, smelling the pine trees and rivers and hearing the call of the snow geese and other animals. One follows the tales of the Thcho band regarding the animals and spirit world surrounding those who show respect and love, the sacred oneness of man and nature.

In the early 1950's four 1st Nation's children are taken to the Indian Residential School in Ft. Providence, NWT. Two believe school will be a good thing. The other pair are older, almost grown, and so far they've avoided being taken away. On a visit to town, they are surprised and captured by  Indian Agents. A winter of suffering follows, for the school's mission is to "Kill the Indian inside the child."  Sascho, the oldest boy, makes a plan to escape. They will travel  800 kilometers through wilderness, living off the land, hoping to reconnect with their nomadic family before the snow flies again. Based on actual stories of residential school survivors, "Fly Away Snow Goose" is a walkabout style adventure, full of beauty, danger, courage and love.

Some of the Reviews for Fly Away Snow Goose

The plot concerns the theft of Indian children, in the early 1950s, who are kidnapped and forced to convert to Christianity and learn white ways. However, the way of learning is far from loving and the suffering is life-changing to those who are forced to submit and serve the kidnappers. All in all, these children bound to a form of slavery with no chance to escape!

Yaotl and Sascho with some other children manage to escape and begin a journey of frightening danger but also a healing time of reunion and restoration with their natural environment. There are conflicts and deaths but also the amazing assistance of a couple who are truly bears who become human to heal Indians in dire straits.

To say more would be to spoil an enchanting, moving, and at times savage (but ironically not from the Indian side) story that reveres and celebrates the lives of the original people inhabiting a harsh but magnificent land of northern Canada. Great read for all ages; great historical fiction! Highly recommended as a simple yet deeply profound read!

Co-written with my wife, Jude Pittman, Street Justice is a mystery fiction novel set in Vancouver, BC. John 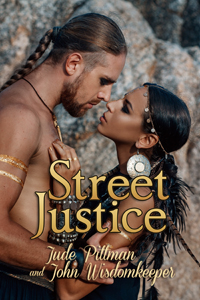 Finding the body of a Native girl in Vancouver's Stanley Park, in the middle of tourist season, was the last thing homicide detective Mark Hanson needed, but that's what he's got.

for help to the local Friendship Centre, where

Métis police liaison Dez Pallaton suggested they ask for help from Spirit Water, a well-known Shaman who held the respect and confidence of the First Nations community.

attempt to keep the murder from triggering a race war, Dez convinced Mark to give him time to try and find the killer before revealing evidence that pointed suspicion at the Native community. Although the homicide detective was skeptica

l, he agreed with Dez that they needed to find this killer before more bodies started turning up in the City.

With the help of his co-worker Martine LaChance, Dez set out to uncover the secrets hidden in the murdered girls' past.

Both he and Martine believe the killer is a serial; a madman who is leaving clues that point a false trail to a Native as the killer. With the help of Spirit Water, and the aid of forces in both the spirit world and the mundane, they are determined to find the killer before more innocent girls die at his hands. 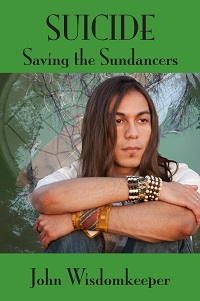 PLEASE FEEL FREE TO CLICK THE COVER AND DOWNLOAD THIS FREE RESOURCE MANUAL ON TRADITIONAL METHODS TO HELP PREVENT THE SUICIDE OF OUR NATIVE BROTHERS AND SISTERS.  ALL ARE WELCOME TO DOWNLOAD NO MATTER YOUR ETHNIC BACKGROUND. IT IS MY WISH THAT THERE WILL BE HELP AND VALUE TO ANYONE IN NEED

Sundancers stepping and swaying to the rhythmic beat of ancient drums offer their bodies, minds and spirits in an ancient ritual that pays tribute to mother earth and the four seasons.

Suicide, the willful self-destruction of body, mind and spirit strikes at the core of the tributes offered by our ancestors and denies our traditions of honor and self-respect. 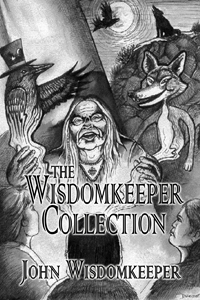 My Indian name Sus' naqua ootsin' (the Wisdomkeeper) was given to me by a very old lady who looked deep into my eyes and saw into my soul. My journey started on one of the Darkest Days of my life – when I finally decided to put on a my red running shoes and follow the Red Road.

This Collection contains elements from Along the Red Road, a personal journey to claim my true purpose as a Shaman.

Talking Stories to be verbally shared with children. In traditional times Elders taught the children in the tribe by sharing stories around the Campfire. These “Talking Stories” were told in the short, easy to remember manner loved by young children. And, much like the Aesop’s Fables, each of these stories contains a life lesson....

A collection of Recipes shared by Grandmothers from diverse ethnic backgrounds, traditional and non-traditional as I continued my journey.

An explanation of the types of herbs used by traditional peoples and the various methods of preparation and uses.  (Cautionary Statement, herbal remedies should only be prepared under the supervision and direction of a Medicine person of whatever culture is your choice)

It is traditional for First Nation’s people to give thanks, and acknowledge our relations, to the plants, animals, birds and creatures from the water, to show respect for their giving their spirits in order for others to survive. Traditionally elders say prayers to commemorate this sacrifice at a feast gathering. During these gatherings the people shared their recipes and often demonstrated the preparation and cooking of food. Elders would pass on ancient food and herb gathering and preparation guides to the younger members of the tribe. 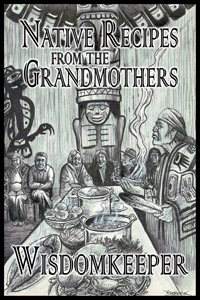 This collection of traditional recipes and herbal remedies with some traditional stories for children is dedicated to all the travelers I met as I traveled the pathways of both the dark and the red road. This book is dedicated from my heart to the many elders who shared their recipes and cultural traditions and who embrace their cultures in the ways they live.

The Old ways are honored and passed on to the next generation through this well planned book. The thread is tasty, though we top with a cloud of powdered sugar during powwow in the U.S. Or fashion the cornbread into a Navajo taco. The teaching are apparent in the teaching of healing practices. This is a Kindle keeper.

Gifts from the Grandmother's is a very well put together book, I find a lot of the reading makes me remember things I was taught from my Cree grandmother and my father. The recipes and readings are very much like I have been taught even when learning of other Indian ways.

Food and medicine recipes, and teachings and teaching stories from a modern shaman returned to Native American traditions after being taken from family and adopted and raised away from his people. 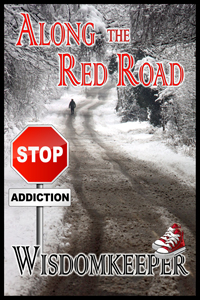 “Along the Red Road`` is the personal story of myself, a Métis person of uncertain historical ancestry.  I gave up the drugs and alcohol that were destroying my life and began to follow the Red Road to sobriety and to study under Grandfather to be the Shaman I was born to become.

Twenty years ago on New Year’s Eve, I found myself, broke alone and freezing in Northern British Columbia.  My body shook and my brain burned from years of drinking and doing drugs.

“Help me, Grandfather.” I cried out to my ancestors.

“Your answers will come from the spirit world.” I followed grandfather’s voice into the dream time.  The animals from the forest took me into the great forest.   When I awoke Grandfather stood over me. Steam rose from where his feet touched the snow covered ground.  It was freezing, but I felt only warmth.

“We will go into the high country.”  Grandfather said. “You will remain there for as long as it takes to clean the poisons out of your body. The spirits will help you cleanse your soul. Pick up your things, we will go now.”