Connie Vines resides deep in the quirky suburbs of southern California. She has published over one hundred short stories and non-fiction articles, ten novels, and has ghost-written two literary novels and one screenplay. The president of GothRom (Gothic Chapter of Romance Writers), Connie participates in local literary events and judges national and international writing contests. Visit Connie at her home page:  www.connievines-author.com 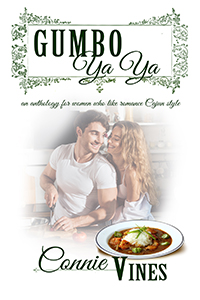 An Anthology of Romance

“Marrying off Murphy” – (Light-hearted Romance). Like all Cajun fairy tales, it began harmlessly enough. A match-making columnist promises to turn a stuffy professor into a charming prince.  So, why does this confirmed bachelorette suddenly wish she was dressed for the Ball?

“Love Potion #9” – (Contemporary Romance). Watch what happens when you mix a traditional Creole women with a fun-loving Cajun man and throw in a Voodoo Love Potion—stand back!  The Louisiana Bayou ain’t never gonna be the same!

“A Slice of Scandal” – (Mystery/Suspense). A producer finds herself embroiled in a mystery as hot as her Bayou Cooking Show.   When an undercover cop, turned chef shows up and dishes up more heat than a bottle of Louisiana hot peppers.  Can she prove her innocence before the real killer finds her?  Or, will she become the main-course in a murder trial?

“Pirate Ghost of Gombi Island” – (Time Travel).  After a violent storm dumps a Natchitoches historian on the deck of an 18th century pirate ship, she finds herself with an unexpected decision.  Should she jump and swim to her doom, or accept the pirate’s promise of a safe haven?

“1-800- FORTUNE” – (Paranormal). Garlic hangs for the rafters, but this sexy Loupe Garou isn’t looking for trouble, or a cure for what ails him. What’s a law-abiding werewolf to do when a gypsy woman shows up with mischief on her mind?  T.A.R.A. , 2nd place Winner, Paranormal Romance. 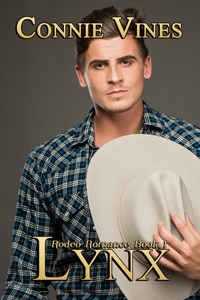 With a dangerous reputation for taking chances and tempting fate, rugged cowboy Lynx Maddox had one goal in life—to win the coveted Silver Buckle rodeo championship. But when he sets eyes on lovely Rachel Scott, he becomes determined to capture her as well.

Rachel traveled the circuit with her famous rodeo rider dad until his fatal accident in the arena.  Now, she wants nothing to do with that world—or the men who risk their lives for one brief moment of glory.  But her attraction to Lynx becomes too powerful to deny. . . and his unexpected gentleness too seductive to resist. . .

Fool for Love 2nd Place, and Award of Excellence Winner.

“Connie has a wonderful gift for making her characters come alive for her readers. A must read!” 4 ½ Roses  --romance.com 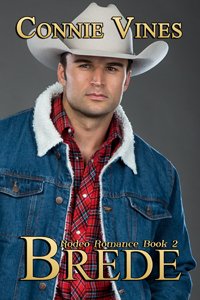 Trouble is something hard-edged rancher, Brede Kristensen, knows all about.  A widower with a rambunctious young daughter, a ranch to run and an ornery cook who has just runoff, Brede doesn’t need another problem.  Yet in the midst of a violent storm, he finds an injured woman.  The beautiful woman can’t recall her name or her past, but Brede vows to protect her from harm.  What he hadn’t bargained for was her laughter and gentleness finding a way into the lonely corners of his heart.

Beaten and left for dead, Amberlynn Maddox has no memory of her past.  Accepting Brede’s offer as temporary ranch cook, the woman, now called Kate,   discovers the sexy rancher with his protective nature and sizzling kisses has claimed her heart.  When a madman discovers Amberlynn’s hiding place, no one is safe from harm: not Brede, his young daughter—or Amberlynn herself!

“Ms Vines has written a suspenseful romantic tale. Brede and Amberlynn are very strong and likeable characters.  Brede’s daughter, Gretchen, adds a lot to the story.  The ranch hands are very colorful and fun, especially Caldwell, the ornery cook.  His elopement had me laughing out loud!  This is a very entertaining story.

Maura, CoffeeTimeRomance and Find Out About New Books 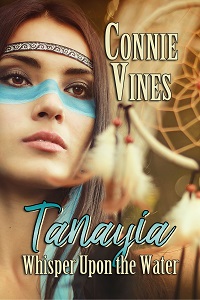 Tanayia is alone in the world.  Her village destroyed and her people murdered by a group of revolutionaries who now hold her hostage.  A daring escape on the edge of Cochise’s stronghold saves Tanayia’s life, but she discovers her ordeal is only beginning.

Forced to live in a government run boarding school, Tanayia is stripped of her identity.  The headmistress is bent on destroying Tay, but Jacob Five-Wounds stands in her way.  Jacob urges Tay to run away with him—but diphtheria strikes the school.  Now, Tanayia must make a choice, a choice she knows may cost her both, Jacob and his love. 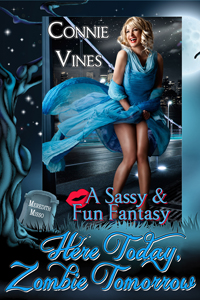 Alive, Steampunk novelist Meredith Misso worked hard at living the perfect SoCal celeb life. Now that she is a Zombie, it’s all about the make-up, non-vegan lifestyle, and her soon-to-be ex, who somehow managed to Velcro himself back into her life.