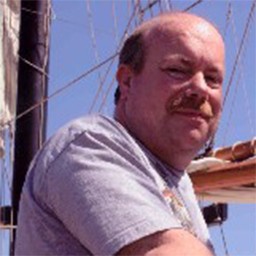 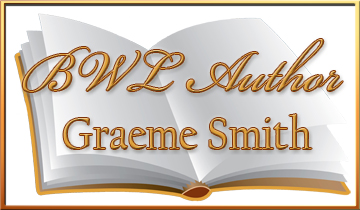 Graeme Smith. Fantasy author. Mostly comic fantasy (which is fantasy intended to make you laugh, not fantasy in comics).

Having Graeme Smith as my pen name is convenient, since it also happens to be my real name. I might try to be funny and say my pen is called Graeme, but then I'd have to admit I don't use a pen. Maybe I should call my keyboard Graeme instead.

When I'm not writing (well, or editing my writing. Or re-writing. Or editing my re-writing. Or... Quite. You get the picture), I'm doing other things. Maybe things involving mushrooms. And knitting needles (but the less said about my cooking, the better). Maybe things like online gaming (If you know Bard Elcano, you know me. If you know a grumpy old dragon called Sephiranoth, you know me. If you know a tall, dark, handsome but brooding vampire, charming witty and brilliant - we never met. That's someone else.)

So there you are. Graeme Smith. Me. Short, fat, bald and ugly (fortunately my wife has lousy taste in men). 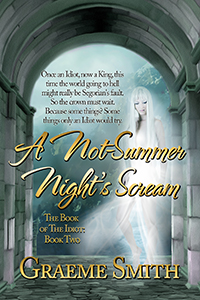 Villages have idiots. Peladon? Peladon is a country, so it has an Idiot. The day job? Getting blamed for things other people did. The other job? When the world’s about to end (or the washing up won’t get done—whichever comes first), who you gonna call? When nothing else has worked, you call the Idiot. Because some things? Some things, only an Idiot would try. This is his story.

Segorian Anderson used to be an Idiot. Now he’s a King – though his wife tells him there’s not much difference. And there isn’t. Because somebody always has to get the blame. Like now. Not just because of the naked girl floating on the Royal bedroom balcony, screaming. And not because everything’s going to hell. But this time? This time, it might really be his fault. 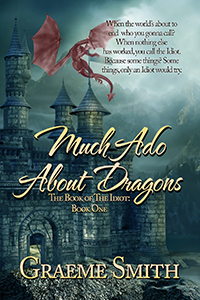 Segorian Anderson’s an Idiot. But that’s fine with him. It’s a well paying job with no heavy lifting.
Nobody ever remembers Segorian. It isn’t magic—he just has the sort of face his own mother could forget, and she’s been trying to for years. But being forgettable is a job requirement for an Idiot.
No, he's not the Court Jester. He doesn’t wear motley (whatever motley may be). That's a different union. He’s the Idiot. In a Queen’s castle, wine spilt down the wrong dress can lead to war, so someone unimportant has to be blamed for it. That’s the Idiot’s job. He’s the Idiot that did it, for any value of ‘it’. Of course, as soon as he’s exiled-for-life out of the castle gate, he uses his back-door key and sneaks back in. But that's not all. Someday, something really bad will happen. Really, really bad. Badder than a bad thing on a very bad day with extra badness. When the world’s about to end (or the washing up won’t get done—whichever comes first), who you gonna call? No, not them. They haven’t been invented yet. You call the Idiot, someone nobody will miss if things don’t work out. And now Peladon has a case of dragon.
But the dragon may be the easy part. Segorian has woman trouble, and he’s the only person in the castle who doesn’t know it. Because to Segorian, women are an open book. The problem is, he never learned to read…

18 Wheels and No Roses 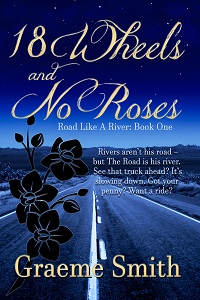 "Hey, Charlie. You like the truck better? Than the boat, I mean?"

That’s what she said as she walked away from the last ride she should ever have taken. And this one was smart. Kharon, even if he went by the name of Charlie these days, knew she’d be okay.
But this one wasn’t just smart. She was different. Because this one came back.
Charlie's a trucker, an Independent. Meaner 'n snakes, he’s been there, done that and kicked its butt—twice. What Charlie picks up, he delivers. Now Charlie’s biggest customers want him to take on an extra little job—an investigation into missing deliveries. Charlie turns them down flat. Because when god an’ the devil (not God and the Devil—it’s a union thing) are both sounding scared, a smart trucker drives away.

Then Rosie comes back, scarred from a whipping she swears Charlie gave her. It’s not like she’s the first to try to kill him. But she damn near succeeds, and not even the idiot in the lion skin did that. And it’s soon clear that whoever’s stealing souls wants Charlie in the frame—so they can take what’s in his truck.
Now Rosie's pissed. And Charlie’s pissed-er. And someone’s going to pay. Because nobody— not god, not demon, not poly-dimensional trans-optical hyper-sentient autonomous non-organic entity—nobody touches his truck. 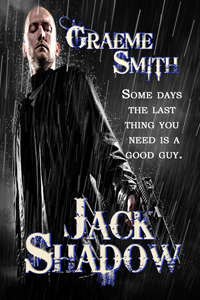 Jack Shadow. He’s heard them – every one of them. The jokes. They all start out the same. "See, this guy wa

He’s the guy who walked out.

It's not amnesia. Near as anyone knows, he just doesn’t have a past. Near as anyone knows - or admits to. He doesn’t walk round a corner, and some guy from a car shoots at him because of something he did long ago. Sure. Guys shoot at him. Hell, women too. But not for long ago. Mostly for last week. Where 'last week' is any week you choose. No, he just walked out of a bar.

Were there piles of dead bodies behind him? A stacked deck he was dealing, or one he was dealt? He doesn’t know. Or care. But they were waiting, and they took him. The Dragon. Took him to make a difference. To wait for the time a beat of a gnat's wing could change tomorrow. And Jack’s the gnat.

Jack walked out of a bar. The rest - the rest will be history. Some day. Not that he’ll be in it. Nobody remembers the gnats. Not if they did their job right. And Jack’s the best there is.

Jack Shadow. Because some days – the last thing you need is a good guy. 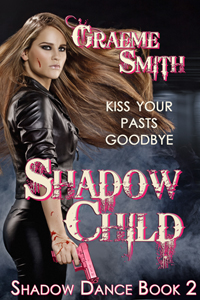 Sixteen – with a bullet. That’s what Maya’s Mom calls her. It’s the sort of name you get when your Mom works for an Agency so secret it doesn’t actually exist. Not that Maya minds. As far as she’s concerned a pink Glock and a short skirt solve pretty much any problem, especially male ones. So new town, a new school? No big deal. She’s been there, done that and mostly blown someone’s head off in the process. There’s nothing Maya doesn’t know about the family business.

Thing is, the Cute Guy in the front row won’t stay dead, yesterday’s getting a bad habit of turning into tomorrow and Maya’s starting to think she doesn’t know jack. She doesn’t - but she’s going to find out real soon. Because Jack’s back.

Jack and Maya. Maya and Jack. Someone’s gonna die. Someone has to live. So sit down, put your head between your knees and kiss your pasts goodbye.