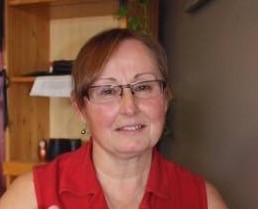 Yvonne Rediger was born in southern Saskatchewan, lived and worked there, as well as northern Manitoba, New Brunswick, Alberta and now Vancouver Island. She is a Solution Architect by trade in the information technology industry.

Musgrave Landing is located on Salt Spring Island in the Pacific Northwest. This small village is serviced by a ferry from Vancouver Island. Isolated, everyone is interested in everyone else’s business and apparently someone is capable of murder. 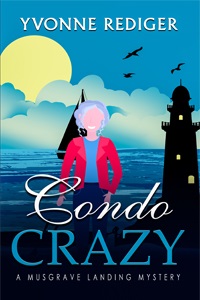 Welcome back to Musgrave Landing.

Gladys Wyatt is busy with her home bakery business. She needs to keep up with the expenses on her new condo. It would help if Linda would stop flooding the place. Freddie isn’t much bothered by the damage Linda's causes. He is more caught up in defending his medical plants from Lara Finkle, the one-time mistress of the late embezzler mayor.

How can Lara afford a unit in the new building anyway? Arlie Birch thinks he knows, but not everyone agrees.

It would also be great if Enid, the building manager and Dwayne, the condo board president, would stop coming up with new bylaws that threaten her bakery business. This makes the condo board meetings quite contentious.

When Gladys is accused by Ann Westcott of hanging prank banners on the water works building, is it possible the pranks could be related to the thief plaguing the village? Gladys suspects it was the thief who injured Matthew's dog. 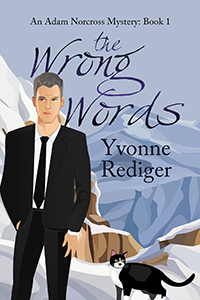 Adam Norcross is not in a good place. He recently buried his mother and now he needs something more than a power struggle between him and his mother’s cat to distract him from his grief. That something comes in the form of an assignment from his boss, Walter Shapiro, who is not a patient man. Not surprising since he reports directly to the prime minister. Shapiro interrupts Norcross’ bereavement leave to give him an assignment. Norcross’ task is to find out how the country’s most eminent climate scientist ended up dead off the highway in a mountain ravine. Was it an accident or suicide? As soon as he speaks to Shapiro, Norcross’ unique precognitive ability tells him it is something else, something darker.

Sergeant Bethany Leith is not thrilled to have Norcross stepping on her toes. Even though Constable Bighetty is willing to give Norcross the benefit of the doubt. Once he inserts himself into Leith’s suspicious death inquiry, Norcross will use his investigative knowledge and unusual talents to help her uncover who wanted Doctor Flete dead and why.

Salish University is ground zero for the investigation. Among those involved are Flete’s dean, his wife, and his new girlfriend. Then there are his colleagues, some of whom denounced Doctor Flete’s important work, including a woman from Adam Norcross’ past. 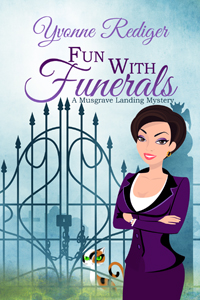 Alicia Highmere is heading home, back to Musgrave Landing after a call from her mother’s care home. Accompanied by her bodyguard, Bryce Graham, Alicia won’t know until she gets there that Olivia Frost-Highmere is manipulating events regarding the estranged family members to suit her agenda.

Part of the reason the family has fallen out is due to the disappearance of Allister Highmere, some twenty years ago. Alicia’s father vanished without a trace upsetting the family company and leaving the seat of CEO vacant. Uncle Hugo had his eye on the power seat and accused Olivia of murder, to get it, but is it murder if there’s no body?

When a corpse is discovered in the family cemetery, where there shouldn’t be one, the cold case regarding Allister Highmere is reopened. Alicia has no idea who in the family or the Highmere estate staff is involved, but she will find out. 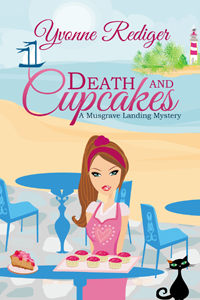 Jane Westcott has come home to the village of Musgrave Landing and nothing will be the same again. She has inherited her aunt's cafe and a good thing too. Her personal finances are in a shambles. Jane must make a go of the business and leave her past in Vancouver behind.

She plans to run the small cafe by the ferry wharf and bake to her heart's content until her sister receives a letter from their dead aunt, which alludes to finding a key. But where is Jane’s letter? On top of this, the mayor has gone missing and an old flame, Jack Birch, comes back into her life.

The trouble is, the mayor gets himself murdered, and Jack finds the body with the help of Vimy, a former K-9 from the RCMP. Jack also finds a letter on the body addressed to Jane, and he is worried she was somehow involved with the village's philandering mayor, Tim Stanhope.

As the investigation unfolds, it turns out that money has gone missing from the village accounts and an old friend of Jane’s, Dirk Ipkiss, might be involved. Then there's the fact that Jack found the murder weapon, and it belongs to Jane. 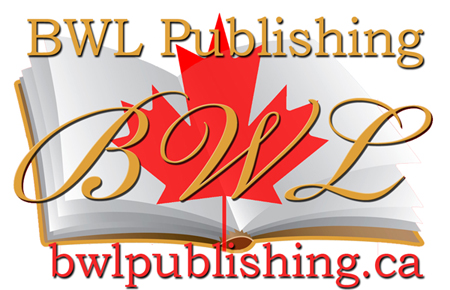 Musgrave Landing is located on Salt Spring Island in the Pacific Northwest. This small village is serviced by a ferry from Vancouver Island. Isolated, everyone is interested in everyone else’s business and apparently someone is capable of murder. 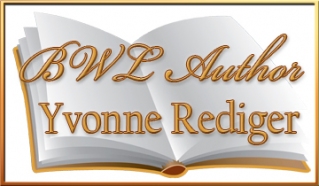