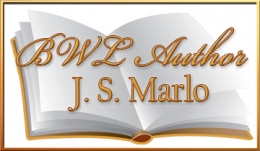 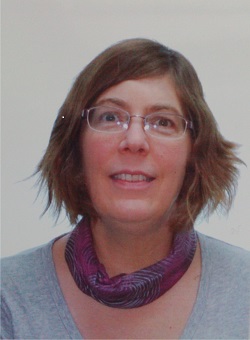 JS Marlo spent her childhood in a small French Canadian town, reading and daydreaming stories. One day, she met her hero, a dashing young officer, and followed him back and forth across the country.

The "memorable" adventures she experienced with her young family fueled her imagination and kindled the dream of one day becoming a published author. When her three spirited children left the nest in pursuit of their own adventures, she gave writing a chance.

JS lives in Alberta with her hubby, and when she's not visiting her children and little granddaughter, she's working on her next novel under the northern lights. 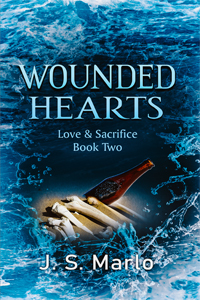 Faced with the impossible choice of hurting the man she loves, or leaving him forever, Rowan Kendrick flees Iceland for Prince Edward Island, Canada. Heartbroken, and unable to forget him, she finds refuge at The Buccaneer, a bed & breakfast recently willed to her by an estranged aunt.

Haunted by a fatal shooting, Avery Stone seeks his escape in Buccaneer's attic room. Despite himself, he is drawn into the peculiar circumstances behind the previous owner's death and the strange bones exhumed by Rowan. His dislike for the doctor befriending her turns to mistrust as matters unravel.

Rowan struggles to cope with difficult guests, the puzzling Mr. Stone, and her increasingly complicated family secrets. When she unearths a murderer, is she doomed to death like her aunt? Or will the men in her life, including the love she left behind, set aside their own troubles and band together to help her? 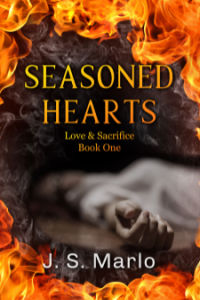 Explosion, arson, and murder play an integral and entertaining role in Actor Blythe Huxley’s life, but when his wife is shot, the tragedy becomes real and the decisions heartbreaking.

Love, sacrifice, and duty aren’t empty words that Riley Kendrick writes in her television scripts. They are the threads weaving her life together—a life marked by the loss of her husband in the line of duty, the hardship of raising two children alone, and the strength to move on.

As Riley offers a friendly ear to the actor’s difficulties, an arsonist strikes close to home, casting a shadow on her husband’s death and forcing her to revisit her past. Meanwhile, another bullet flies in proximity of the television studio, entangling her life with Blythe’s tragedy.

Can she and Blythe stop the arsonist threatening her family and the killer set on destroying his life before they each lose another loved one and have their hearts shattered beyond hope of repair? 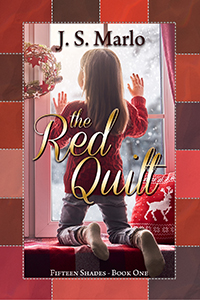 A last-minute Christmas trip goes horribly wrong for Eli and his five-year-old granddaughter, Ruby. On their way to a Bed and Breakfast on Prince Edward Island after a kitchen fire forced them out of their house, they get caught in a blizzard and end up in the ditch.

Retired Military Nurse, Lana, lives on a potato farm with the ghosts of her husband and son. She welcomes into her home the marooned Eli and the young child he raises alone. The storm outside rages on and problems arise as Eli faces the demons and mistakes of his past, Lana becomes entangled in her neighbors’ illegal activities, and Ruby wishes for something Santa cannot give her.

The resulting mix offers hope for a second chance even as it threatens their lives. Can Eli and Lana survive another storm to enjoy the love growing between them? And will Ruby’s wish be granted?

Review from Between the Pages Book Reviews

Love the cover of this book! It draws you into the story immediately, which has a tender and interesting plot. I was also drawn to this book from its setting in Prince Edward Island and Halifax. The author did a fabulous job developing the cast. Lana and Eli are older leading characters, but their attraction is still real and emotional. Ruby is beyond sweet, as is Chewy. The visual is done well, placing you into the snowy winter setting. The plot is superb with several twists, adding a mystery spin with drug smuggling, Lana’s son’s demise, and Eli’s ex-wife. And just when you think all the presents are neatly wrapped up, the author throws in a surprise at the end. A great holiday read. This book is the first in Fifteen Shades, and I look forward to reading more. 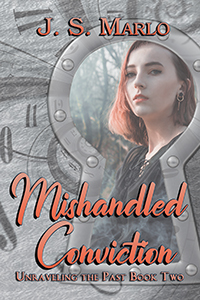 hile Violette remodels an escape room, the lines between illusion and reality blur. The escape room is base

d on the legend of a dead inmate who haunts a condemned penitentiary, but the fake prison cell she recreates transports her into the past.

As she relives the tumultuous events surrounding her life and the inmate’s death, Violette glimpses clues regarding the disappearance of her son-in-law and loss of her precious heirloom.

The past and the present collide, threatening the lives of Violette’s loved ones and unleashing conflicting emotions toward the men haunting her heart. Can she unravel the truth and save her family without losing her future? 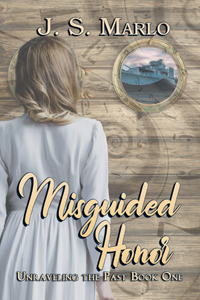 by the Legend of the Cornwallis Ghost, Becca sneaks into a military base to see the ghost’s tombstone.

When she finds and follows a secret tunnel to the Officers’ Mess, Becca meets a living and breathing Eve, the betrayed young woman who hanged herself and haunts Cornwallis.

Trapped in the past with Eve in the days leading up to her tragic death, Becca becomes Rebecca, a woman devastated by a shattering loss and failing marriage.

Can Becca unravel the past to give Rebecca and Eve a second chance, and escape with her heart and future intact? 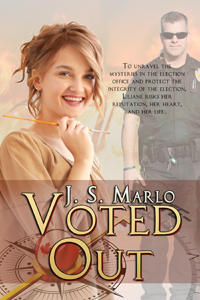 Liliane’s mind is reeling, not from the ramifications of her secret love affair, but from the unethical behavior, the blackmail, and the extortion taking place in the election office.

Coaxed into exercising damage control and assuming responsibilities beyond her role as finance officer, Liliane longs to spend time in her art studio, but when election officers begin to vanish and die, she cannot dismiss the events unfolding around her and her lover.

To unravel the mysteries and protect the integrity of the election, Liliane risks her reputation, her heart, and her life.