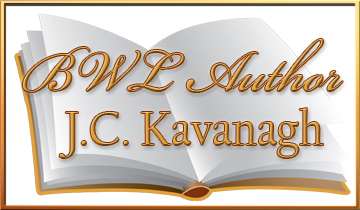 Writing has always been a favourite activity for J.C. Kavanagh. Early career days revolved around the newspaper business as journalist and photogra 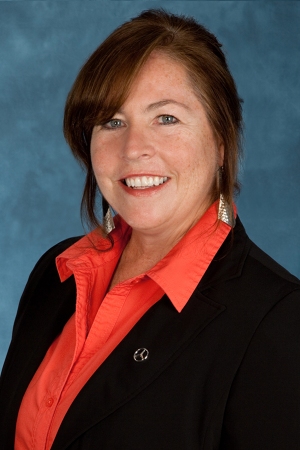 pher and J.C. worked her way up to the role of Editor. She was instrumental in launching a small newspaper, reporting local news and photographing people, events, sports games and the occasional crotchety politician. Her focus later shifted to the private sector, where, for 20 years, she worked in communications and marketing. In 2014, an unexpected business restructuring put a halt to her career and J.C., with the support of her partner, Ian, jumped full-time into creative writing – what she calls her word movies. Since that time, she has written nine children’s picture books and two novels, including Darkness Descends, winner of the 2018 Critters Readers Poll for Best Young Adult Book and sequel to the award-winning The Twisted Climb (voted Best Young Adult book 2016, P&E Readers’ Award). J.C. lives in a small town in Ontario, Canada, and finds copious writing ideas from the wooded areas and wildlife surrounding her property. Summers are spent harnessing the winds on Georgian Bay’s pristine waters. You can reach J.C. at www.facebook.com/j.c.kavanagh or via e-mail at  Author.J.C.Kavanagh@gmail.com or Twitter @JCKavanagh1 (Author J.C. Kavanagh).

If you enjoy action, adventure, drama and inexplicable paranormal terrors, then The Twisted Climb trilogy is a must-read. The award-winning author, J.C. Kavanagh, will make you believe in her terrifying paranormal dream world – and even worse – the Un-World. Summoned to ‘cross over’ by a mysterious Protector, Jayden, Connor and Max must navigate numerous perils in a dark, moon-filled world where control of the elements is in the hands of the wretched. The ‘real’ world personal drama that the characters face is only overshadowed by the bizarre challenges they confront in the night worlds – challenges that ultimately bring their hazardous journey to its epic conclusion. 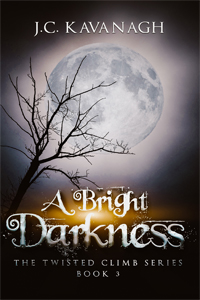 The dream world hides something deeper

The terrifying adventures continue in this final chapter of The Twisted Climb series. Georgia has been saved, and Dick, too. Or so they thought. Jayden, Connor and Max are once again summoned to the dream world – only to discover that there is another world below it. A world that un-does all the rules of the dream world. A world where climbing gets you nowhere and thousand-year-old legends dwell. A world with secrets to be uncovered and unimaginable terrors to confront.

Jayden, Connor and Max must conquer each bizarre challenge in their hazardous journey, because only one of them holds the key to its epic conclusion.

Climbing to sleep is such a nightmare. 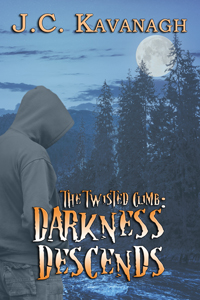 den, Connor and Max thought they had climbed their way out of ‘falling’ to sleep. Littl

rld, triggering a new wave of adventures and paranormal terrors. When Conn

or’s little sister Georgia becomes trapped there, a compelling energy unites the main characters once again. It is only after they accept the ‘cross over’ invitation and join forces in the moonlit dream world that the trio finally understand their rekindled purpose: saving Georgia.

Can Jayden, Connor and Max survive the harrowing journey and strange activities in Richard's dream world, and rescue Georgia? Perhaps - but only if they’re willing to overcome their biggest fears and unlock the powers that bind them. 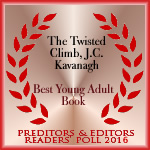 Falling to sleep has never been so tiring. 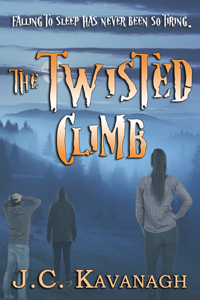 Sleep climbers Jayden, Connor and Max meet in a strange, moonlit dream land where the only way to ‘fall’ asleep is to climb. The climbing is not so simple, though. The mountain is full of night-time animals and things that could only exist in a dream world. Jayden, a brash, assertive girl, battles her own demons while joining forces with Connor, a calm, intuitive young man, and Max, a young teenager trying to be a man in a boy’s body. Together, they climb their way up the mountain but their many adventures are interrupted by Richard Hatemore, an evil, sickly-looking boy who will stop at nothing to prevent them from reaching their goal. As the sleep climbers move closer to the top, they begin to work as a team and ultimately, face their greatest challenge together.