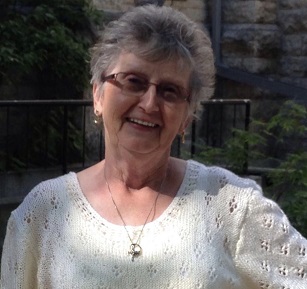 Joan Havelange has been writing fiction since her early twenties, beginning with romance stories.  Always a fan of mysteries, she is an avid reader and writer of cozy mysteries.

She is an accomplished actor and director of community threatre, which lends well to her writing. Joan is a world traveler and enthusiastic golfer. She lives on the prairies and has three grown children 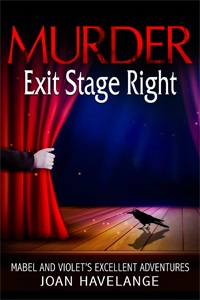 Murder is a hard act to follow. All the drama does not take place on the stage at the Glenhaven Drama Festival. A collection of amateur actors with big egos land in Mabel Havelock’s hometown.

And Mabel’s acting debut is not the only thing on her mind. Mysterious accidents and sabotage are plaguing the festival. Mabel and her best friend Violet Ficher are determined to ferret out the culprit. The problem is why? Who has anything to gain? And why did Sherman have to die?

Mable Havelock and Violet Ficher are on a scenic bus tour of the Nordic capital cities of Europe and Russia. The tour culminates in Moscow. Where The tour director is murdered. There is a busload of suspects to choose from. A flirtatious woman and her jealous husband. A professor of Nordic History who is ill-informed. Two world travellers who describe themselves as gypsies and a mysterious man who is hiding something. The tour director’s assistant and bus driver; both have an axe to grind against the tour director Hilda Karlson.

Add to the mix smugglers and thieves. And a case of mistaken identity. But unfortunately, the prime suspect is Mabel. Mabel and Violet will have to use all their skills and ingenuity to solve the murder in Moscow. And prove to the Russian police Mabel’s innocence. 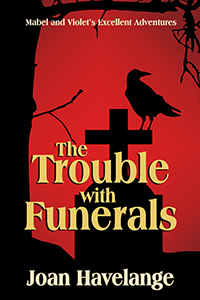 ouble with funerals is there are too many of them. Mabel’s mother is convinced there is something nefarious going on at the senior’s condo ‘Gravenhurst Manor.’ She convinces her daughter to look into the death of her best friend, Mini, who died in suspicious circumstances. If there is a cold, calculating murderer at work. Mabel needs to find the killer before it’s too late. Her mother could be next. But what is the motive? Why would anyone want to kill a senior? And her main suspect has a perfect alibi, namely Mabel.

Her reliable sidekick Violet is no longer reliable. Violet may have gotten herself involved with a con-man. Against the backdrop of the peaceful little town of Glenhaven, Mabel’s challenge is to solve the motiveless murders; and save Violet from herself. 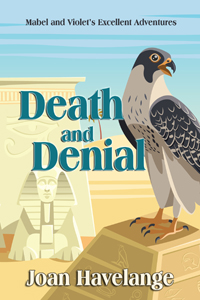 On her way to visit Egypt and its ancient past, Mabel Havelock gets more than she bargains for. She stumbles upon a murder plot. As she cruises down the Nile, the mystery takes on an added twist. Inspired by Agatha Christie’s Hercule Poirot. Mabel is determined to solve the mysteries.

Unfortunately, Mabel does not possess Hercule Poirot’s finesse. But with the help of her reluctant friend, Violet Ficher and a quirky Egyptian room steward. Mabel untangles the web of lies and deceit. 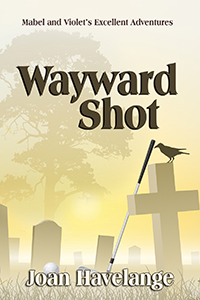 When Mabel slices her golf ball into the town cemetery. She and her best friend Violet think the worst that could happen would be a lost ball. That is until they discover a dead body, and it isn't six feet under. Mabel's golf ball lays in the middle of his forehead, it’s murder.

The ladies take it upon themselves to solve the mystery of the dead body in the graveyard. Using the information gleaned from Coffee Row, a collection of eccentric townspeople. Leads them to investigate golfers and relatives of the deceased. Their investigation frustrates a newly appointed RCMP officer, who does his best to put a stop to their interference.

But nothing stops the intrepid detectives. Not the RCMP, a stampede of cattle or even shots fired at them in the dark. They have an uncanny ability to find trouble and dead bodies. Almost getting themselves killed before solving the murders 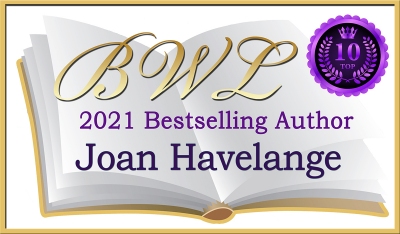