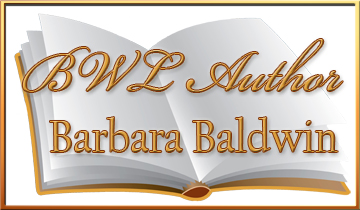 To purchase any of these books click the book cover and choose your favorite print or digital bookstore from the links provided. 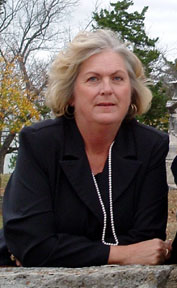 Barbara Baldwin  was born in California and now resides in the midwest. She loves to travel and explore new places, which usually means each of her novels is set in a different locale. She has been published in formats from poetry and short stories to full-length fiction. She wrote and co-produced a documentary on state history which won state and national awards, but she really loves writing romance, whether it be contemporary, historical or time travel. Just for fun, each year she writes a Christmas short story for family and friends—some heartfelt and others whimsical – but always a gift from her heart. She has an MA in Communication, has taught at the college level and has made over 100 presentations at state and national conferences. She also loves to create art through pottery and fused glass, candles, baskets and quilts. 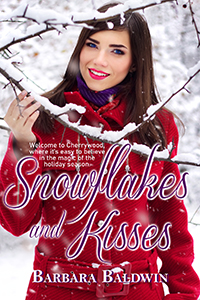 Welcome to Cherrywood -- a small town where we celebrate the magic of Christmas all month long. Come enjoy holiday lights, dances and music; ice skating and snow sculptures; fellowship and generosity of spirit and above all – romance and family.

Erin Thomas, confidential investigator, uploads her latest case files to the Hartford DA and happily shuts down her computer, promising herself she won’t open it again until the New Year. Even though it’s December, she is ready for vacation and looks forward to visiting the small town of Cherrywood. She wants no more than to sleep late, wander the Christmas markets and catch up on reading the latest romance novel from her favorite author.

Remington Matthews enjoys his life in Cherrywood and his job as part time sheriff is enough to keep him busy but also allows him time to pursue other interests. He’s happy to help people he’s known all his life and even allows his quirky twin sister to pull him into her antics during the month long Winter Festival. Perhaps the only down side to the small town is the lack of romance, but that changes the day he meets Erin.

Erin’s encounter with Remington takes her by surprise. She certainly doesn’t intend to fall for his cover model smile and engaging personality. Yet because Cherrywood is a very small town, she keeps running into him and before long he completely occupies her time and her dreams.  He pulls her into holiday activities she never took time to enjoy; introduces her to family and captivates her with fiery kisses and romantic adventures. In Cherrywood, it’s easy to believe in the magic of the holiday. For Erin, that magic and this particular man might change her life forever. 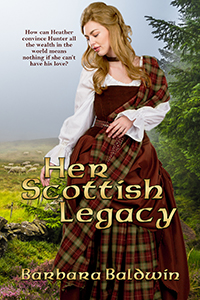 Hunter MacGregor is content with his life, raising sheep in the lowlands of Scotland. Even when he must take over management of the local textile mill after the owner dies, he accepts the additional responsibility to keep the mill running. Yet before the heir can be found, his life is upended further when he rescues a woman from a watery carriage accident only to find she has lost her memory.

He names her Heather and the only clue to her identity is a letter. However water has washed away the words and all that remains is an embossed seal. Her accent is American and he wonders why she traveled alone to a Scottish village. Her humor and gentleness soon enchant him and her kisses create a passion he never thought to experience.

Heather must rely on Hunter’s good graces until her memory returns. As the days pass, she falls in love with the beauty of the lowlands and the kindness of the people she encounters. Yet central to it all is the one she comes to love the most. Hunter is a man who encourages her to be herself and teaches her the wonders of pleasure.

When Heather recovers her memory the mystery deepens. Why does she claim a connection with a woman who disappeared from Gilchrist over twenty-five years ago? How can an American be the heir to a Scottish fortune? If everything they discover proves true, Hunter must accept the fact that although he loves her, he must let her go.

As for Heather, regardless of the mystery behind her legacy, there is only one issue to be considered. How can she convince Hunter all the wealth in the world means nothing if she can’t have his love? 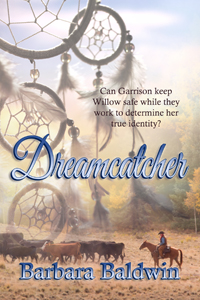 Legend states that hanging a Dreamcatcher over your bed will catch the bad dreams and only allow the good ones to flow through to the dreamer. Willow has been told “if you believe, then it will be so”, but her nightmares about the events causing her amnesia still haunt her, and while she knows she doesn’t belong with the Blackfoot tribe, it is the only shelter she has...

…until Garrison York appears. Montana rancher and blood brother to the Chief’s son, he is given charge of helping Willow discover her past, but the instant attraction between them makes him want to concentrate only on current pleasure. With neighbors trying to steal land for railroad expansion and relatives willing to kill for fortunes in gold, can Garrison keep Willow safe until they determine her true identity? 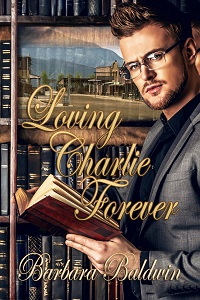 Charlie Cannon’s love of history has led to a very successful writing career. Research for his next book has brought him to Stone, South Dakota, where he hopes to find a topic worthy of best seller status.

Jacy Douglas’s ancestors homesteaded near Stone almost one hundred forty years ago, but now a national conglomerate wants her Gram’s land to build a western theme amusement park and resort. Unless Jacy can find the original deed to the land, and determine whether a long-dead relative was an outlaw, the Circle B ranch will be lost.

A chance meeting between Charlie and Jacy starts sparks flying and they are mysteriously swept up in a dust storm and end up in the original town of Stone in 1877.

During the day, Charlie finds excitement living the history he has only written about. But the attraction he feels for Jacy is something that transcends the centuries and at night, they share a passion that helps them forget they may be lost in time forever. Even as they find answers to Jacy’s quest and the mysteries of the past, how can they get that information, and themselves, back to the present? 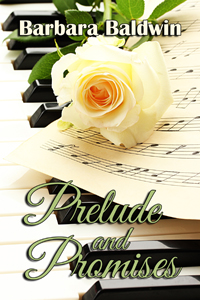 They were as different as night and day yet he longed to convince her she was the music that freed his soul.

Pianist Joseph Donovan was tired of his uncle’s interference in his career. In fact, he was tired of his career: concerts, recording sessions, pressure to compose new musical arrangements, and never having a minute to himself. He left it all behind, using his given name of Jake Smith to hide out on Lockabee Island. And that worked very well, until his uncle’s executive secretary came looking for him, issuing an ultimatum and deadline for his return home. In the process of negotiating his “capture”, he found himself fascinated with her. More surprising was that the passion he felt inspired him to start composing again.

Cheyenne knew Jake resented her presence on the island at first, but he soon sparked a passion that made her forget why she was there. When she discovered the real reasons for his leaving Chicago, did she still want to convince him to return? As the days and nights swirled together in a symphony of passion, she was torn between her responsibilities to her employer and what her heart desired. If she had to return to Chicago without him, could she survive the heartbreak? 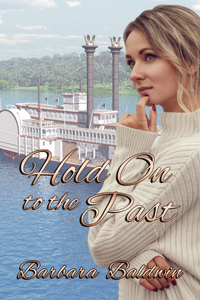 To whoever finds this journal:

I started out this rainy November morning in 1988 as an archeology intern uncovering sunken treasure from the Steamboat Arabia, but due to circumstances I don’t understand, at the end of the day I found myself on board the Arabia, back in 1856, the year she sank.

Thus Brianna begins her journal, finding herself rescued by Jake Worth, a passenger on the Arabia; a man with secrets of his own and no desire to be responsible for another human being. But fate has thrown them together, and while Bri can’t explain how she got there, she is fascinated by the fact that she is living the history she has only read about.

Bri pulls Jake into the problems of the people on board almost on a daily basis and he reluctantly helps if only to keep her out of trouble. She is attracted to him, but since she wasn’t on the original manifest, she fears getting involved will alter history in some way. Yet when Jake comes to her in passion she can’t resist her feelings. As the steamboat paddlewheel takes them closer and closer to the fateful day when the Arabia sank, will they have a choice in their destiny? 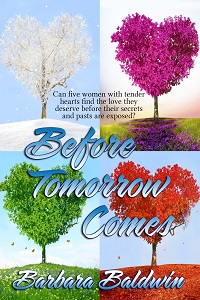 Five women with tender hearts. Can they find the love they deserve before tomorrow comes and their secrets and pasts are exposed?

Christmas loves the holiday she is named after but loves her childhood sweetheart even more. Can she convince him to come back—to the town where he belongs and to her?

Molly buys an old mansion to renovate; and to get as far away from her ex-husband as she can. Is it possible to also restore her broken heart and will the mysterious man she meets on location be the one to do it?

Richelle loses her brother and father in the war and is being forced to marry another. Will the man she truly loves be able to save her before it is too late?

Meredith leaves a comfortable, if unhappy, life behind but finds herself out on the street in the cold. When she saves a man from being robbed, he tries to show her his gratitude by offering her a place to stay. Does she want to return to her street life when he offers her more than a roof over her head?

Emma is racing away from trouble when her car slides into a snowy ditch. Can she trust the man who rescues her; with her life and her heart?